How do you choose the best from various business ideas? 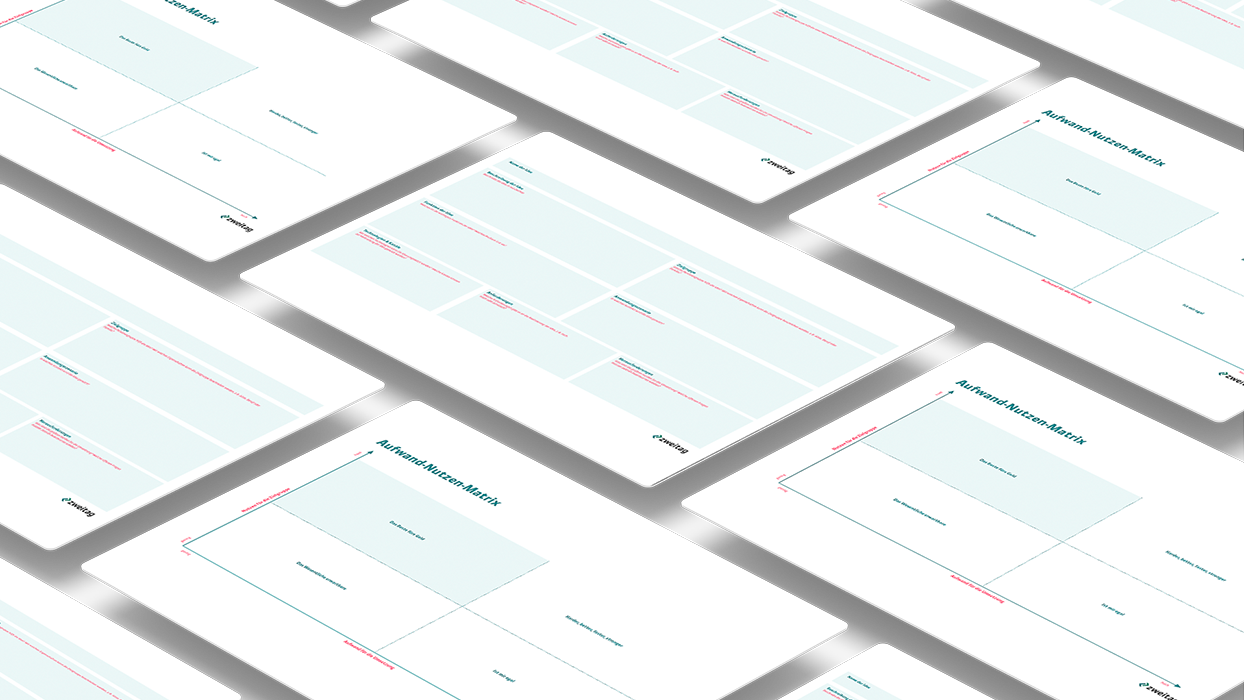 Who does not know this situation: After a brainstorming session, you are faced with the situation that you want to select the most promising idea for implementation. A big discussion starts and in the end everyone is frustrated. We show you how to do it better.

The selection of an idea after a brainstorming session all too often leads to an endless discussion in the team and rarely contributes to the project goal. It doesn't have to be like this.

Why should I use idea napkins and the idea ranking?

In innovation and digital teams, many ideas are not only generated during brainstorming. The selection of an idea all too often leads to endless discussion in the team and rarely contributes to the project goal: There are those who do not want to let go of their idea. Then there are those who seem to have a great vision. And there is also the HIPPO phenomenon (HIPPO = highest paids person’s opinion), in which the ideas of the executives are often selected - after all, they have to know.

It is good for innovation teams to agree on an idea in a discussion. However, this discussion must be conducted in a targeted manner in order not to land in a dead end. In this case, the idea napkin and the idea ranking help. You still have to make the decision for or against an idea as a team, but all the cards are on the table.

With the help of idea napkins you bring all ideas up to date. At the same time, create a uniform understanding of what exactly is meant by an idea.

With the help of idea napkins you bring all ideas up to date and create a uniform understanding of the ideas: They describe the idea more specifically, define the first target groups, application scenarios for the use and functions of the idea. Since they also think about the implementation from the start, the first requirements arise. It's not always just about the technical implementation. Often there are also legal or organizational issues that need to be clarified at short notice. Since many open questions arise during the concretisation, these are collected in order to be able to continue the conversation later.

This concretization will help you with the following evaluation: When selecting the ideas, the aim is to evaluate all ideas according to their benefit for the target group and the effort. The implementation of an idea is always associated with costs. However, since costs are difficult to estimate at this stage, the expected effort to implement the idea is estimated.

How do I proceed?

The selection of ideas with the help of idea napkins and the idea ranking is done in three simple steps. Many well-known principles from Design Thinking are applied: You divide your team into small groups of 2-3 people and use short time windows of 10-15 minutes for processing. The ideas are concretized in the small groups, the assessment and selection in the entire team.

A workshop mode is available for this format. One person from your team should take over the moderation. Since personal collaboration is not always possible these days, the workshop can also be carried out using a digital tool such as Miro or Mural. If you work in workshop mode, I recommend a break of 15 minutes between filling out the idea napkin and placing it in the ideas ranking. 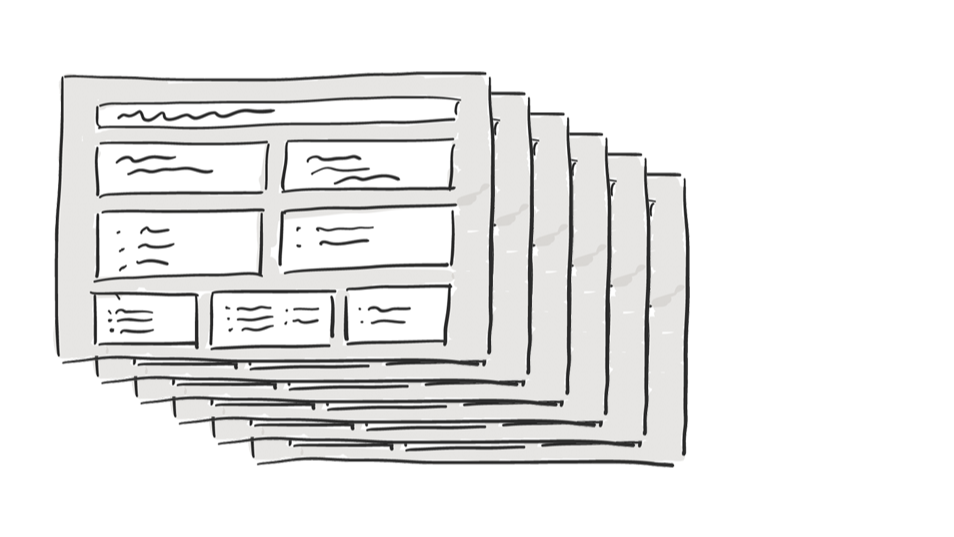 Step 1: Filling out the ideas napkins

Divide your team into small groups (2-3 people) and distribute the ideas among the small groups that you would like to take a closer look at. Each team now works on an idea with the idea napkin within 10 minutes. Tight time windows force you to be specific quickly. It is not about a 100% completeness of the description, but about bringing all ideas to the same level of maturity.

Important: So that the ideas can later be rated in the ideas ranking, each idea should have its own idea napkin. When the time for editing is over, the team selects a new idea that is now also being worked on. This cycle continues until all ideas have been processed. 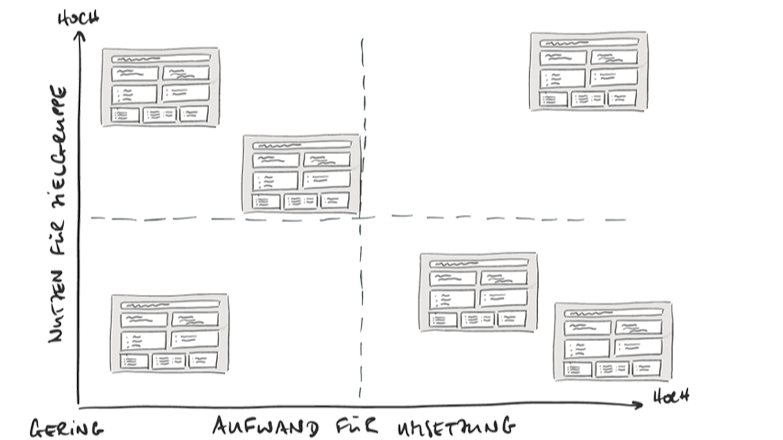 Step 2: Classification in the cost-benefit matrix

Now it's a matter of comparing all the ideas. For this purpose, all of the idea napkins are classified in a cost-benefit matrix. Ask yourself:

The evaluation of the ideas is not about an absolute classification. This is not even possible at this point, as many questions are still unclear. But assess the situation based on your experience and bring all ideas into perspective. To classify, start in the middle of the matrix and then work through the axes one after the other: 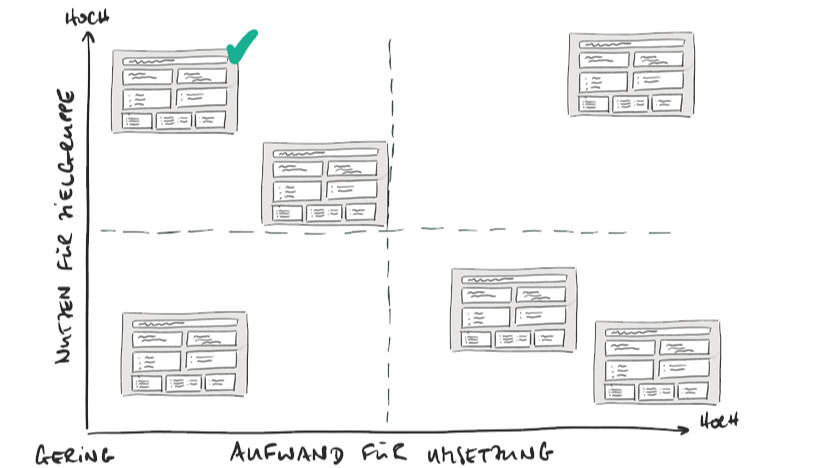 After you have sorted all the ideas into the cost-benefit matrix, the next step is the final selection of the idea. Which idea you choose naturally depends on you and your team. If you want to create the first successful digital product for your company, we recommend ideas from the quadrant The best for the money. Ideas from this sector tend to be quick wins that can be implemented quickly and are therefore well suited as lighthouse projects.

But it can also happen that ideas build on one another. The point here is to find a common starting point. The joint discussion in the classification will also help you. If you still cannot make a decision, step 4 will help.

Select the idea that you can quickly turn into reality. Achieving quick wins will inspire your team and create trust in the company.

The selection of the idea, in particular, can lead to an endless discussion despite careful preparatory work. But when you finally want to make a decision, point voting (or dot voting) will help you. The coordination in the team helps you to quickly find consensus.

There are many different types of point voting, and I would like to introduce two of them to you at this point. 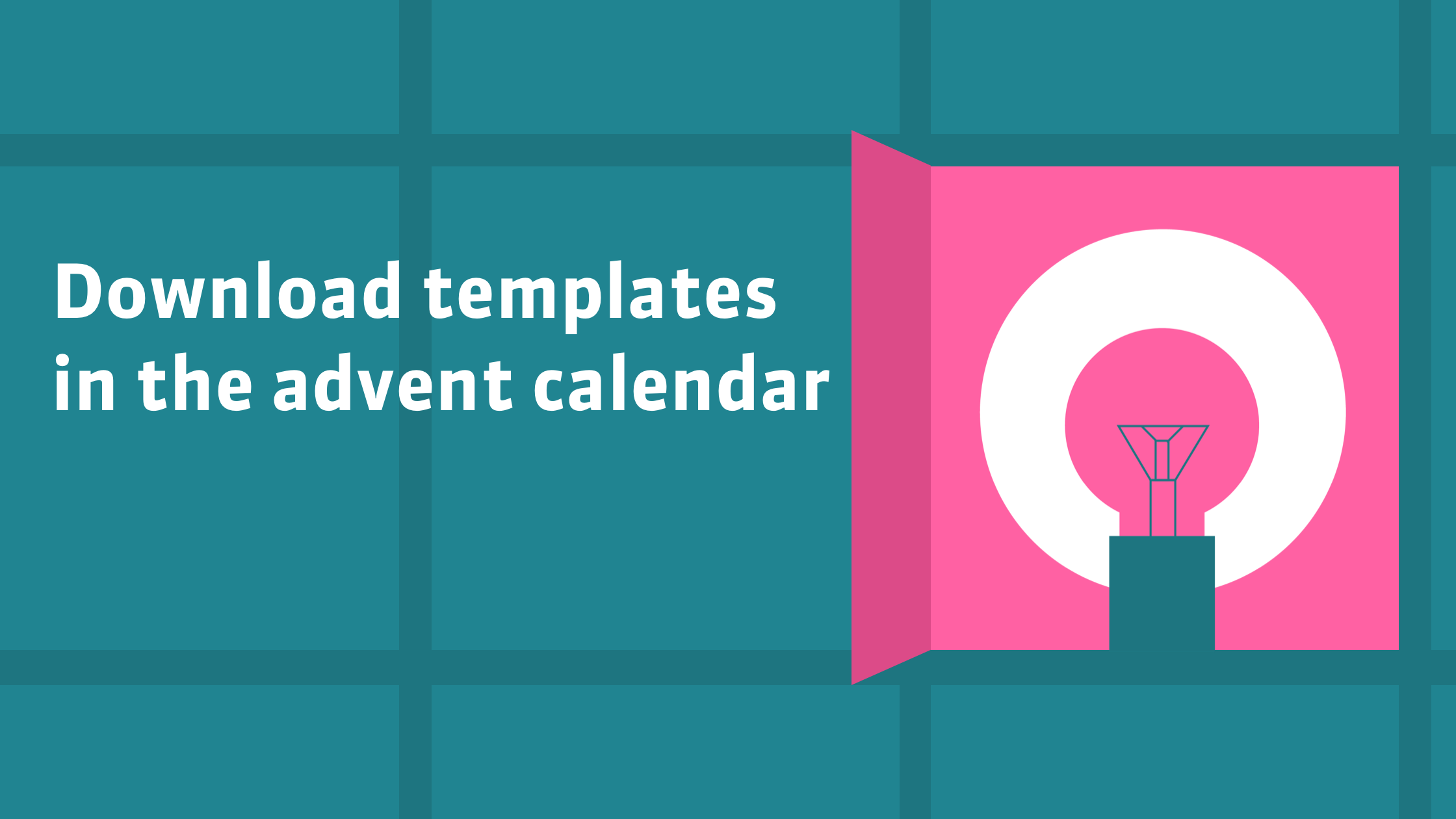 Tips and tricks on digital transformation, product development — and what moves us here at Zweitag.Do note that the newsletter is currently written in German only.